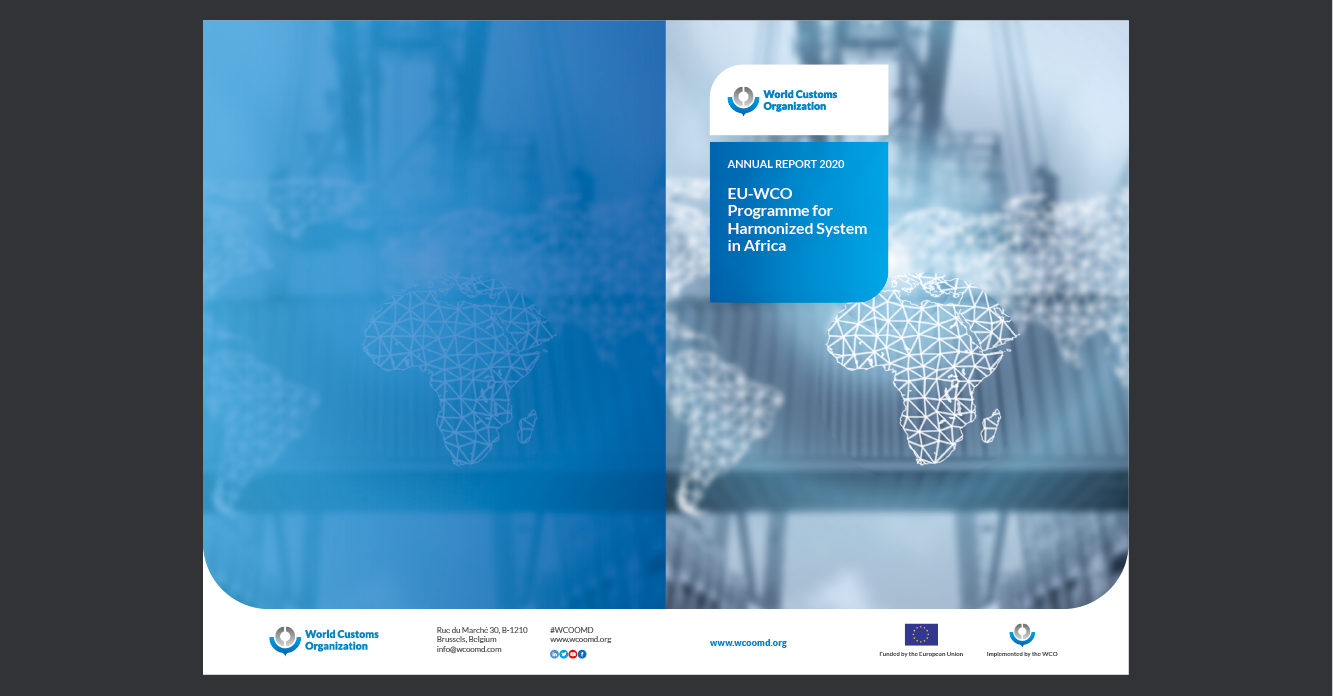 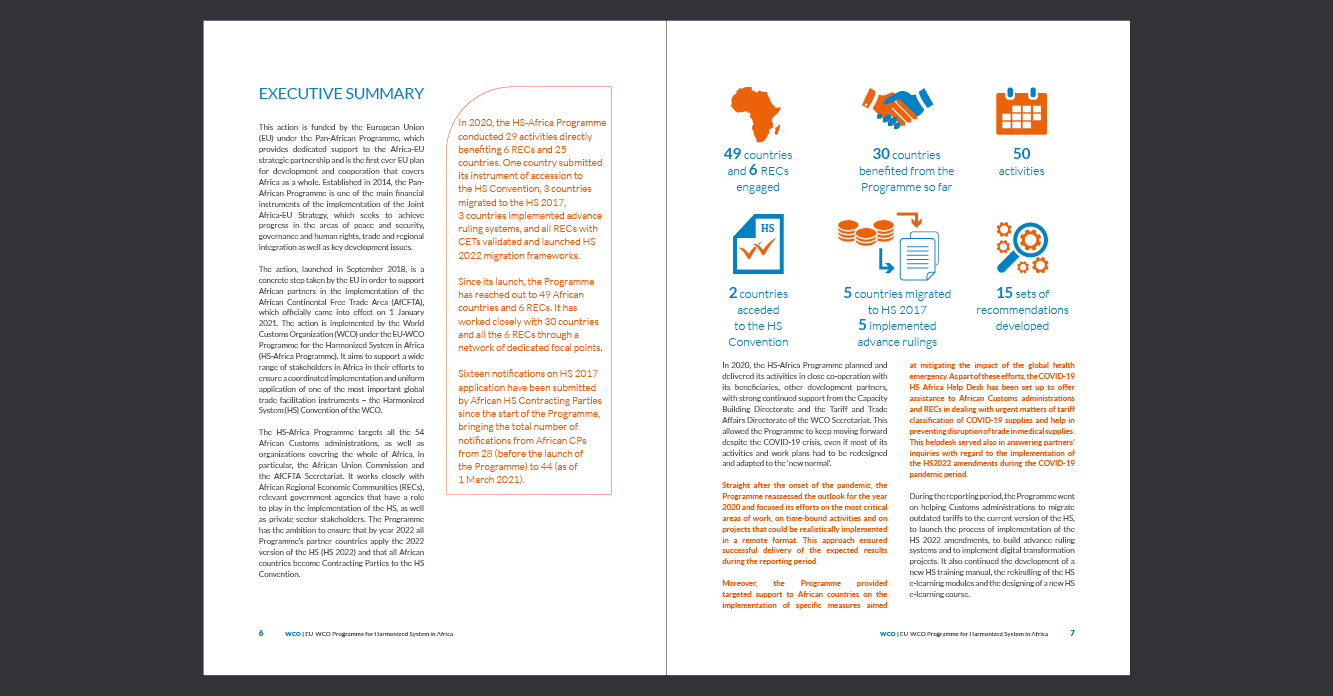 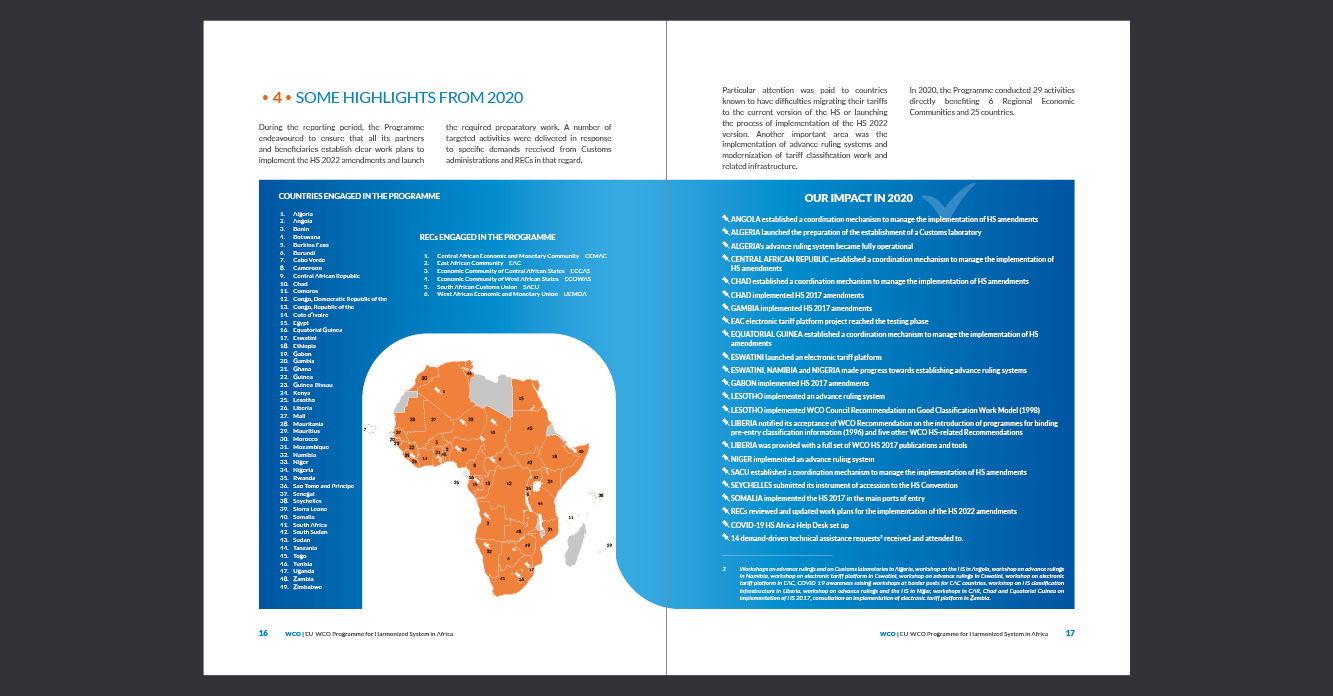 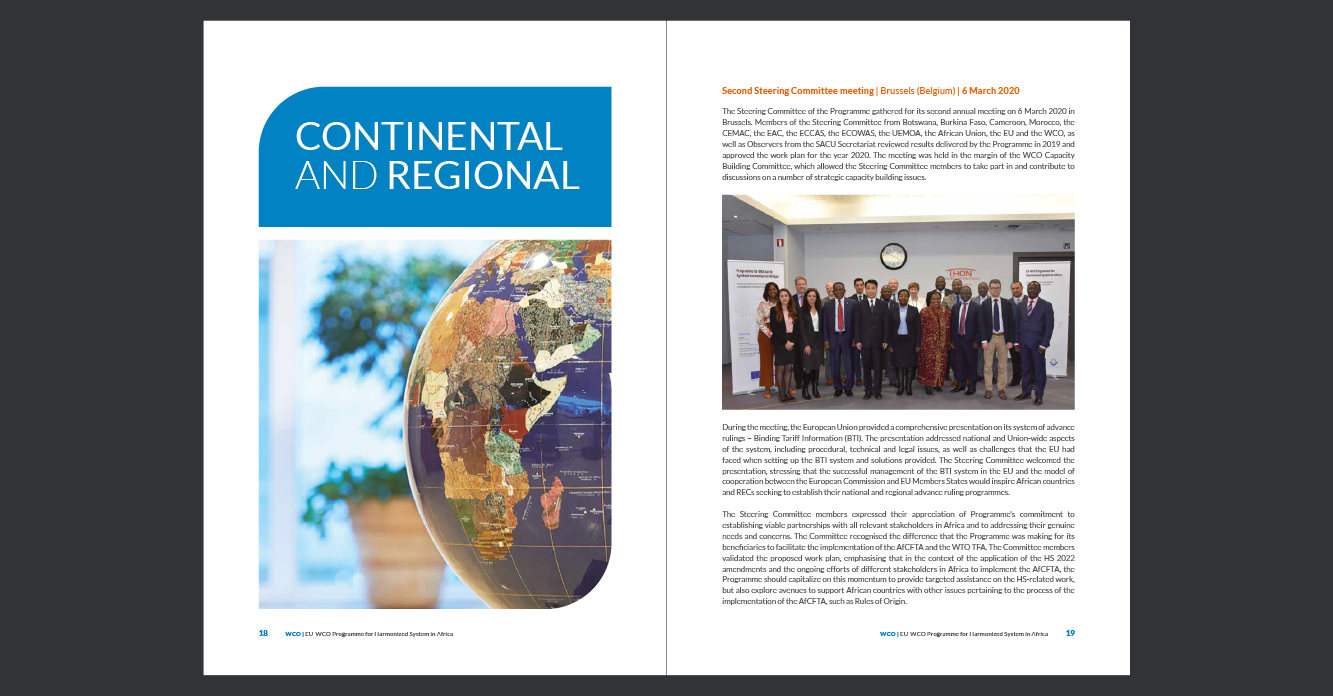 For the second year, we have designed the Annual report of the EU-WCO Programme for HS in Africa funded by the European Union and implemented by WCO. This report was designed in two different languages within a very short deadline.

We have also edited and produced many videos and animations.